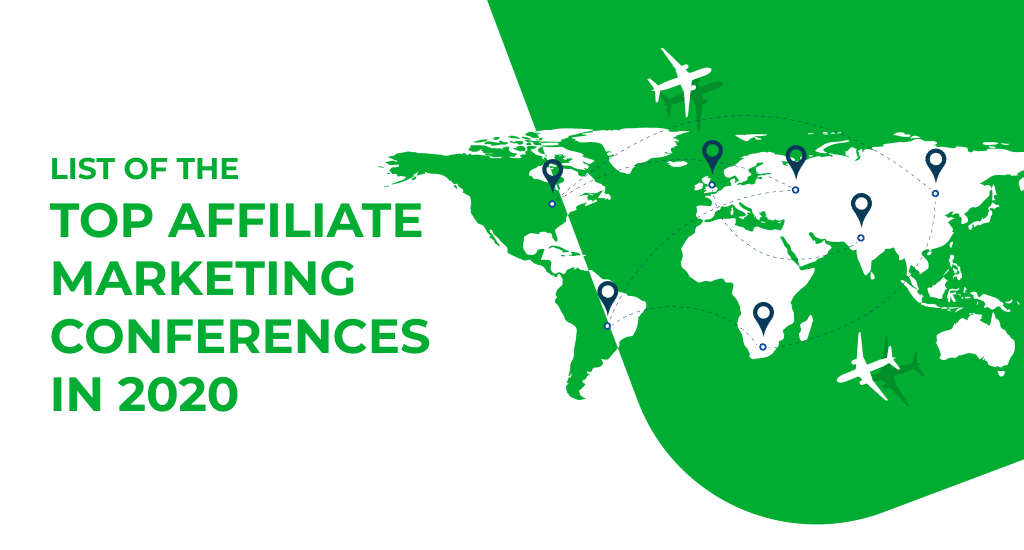 This billboard lists all the major conferences on CPA and affiliate marketing in 2020. The beginning of the year is a good time to decide which conferences to attend. Events are taking place worldwide.

As a rule, they are organized in European and North American countries and in India, but this year’s event in South Africa will also entertain affiliate marketers. We’ve differentiated all affiliate conferences by months, for your convenience.

In February two huge affiliate conferences take place in London. By the way, the dates cross, so you can plan a week off and visit two major CPA-conferences at once.

March is a record holder of affiliate conferences. Affiliate marketers who work with gaming verticals are especially lucky: 3 of 7 conferences are gaming ones and they all will take place in Eastern Europe. The dates are back-to-back: first, you can visit Minsk, on March 5, and then continue in the Czech Republic. If Europe is too far away from you, choose the major event in New Delhi or Rome.

April is not rich in conferences. Breaking news on the mobile world will be announced in Singapore while in Moscow general reports will be submitted.

In May helpful information you can find on two continents. London, Sofia, Tel Aviv, and São Paulo — choose any nearest location.

Summer is not holidays time for affiliate marketers: they continue organizing cool conferences. Affiliate Summit will take place in Amsterdam in June, besides, there will be mobile summit in Tel Aviv and gaming conference in Athens.

July will present us at once 3 coolest events — AWE in Barcelona and ASE in New York City. Try to visit them, as in August affiliates take a break — no conferences are scheduled.

In October you can plan a vacation to CPA-conference in exotic South Africa. It’s the only conference on this continent.

November is a time for 3 major affiliate conferences: in Germany, Israel and in the Philippines. There is plenty more to choose from.

The closer the end of the year is, the fewer events are organized. December is favoring us with only one but large-scale conference — Affiliate World Asia in Bangkok.

Do yoг wanna know more about the successful launching of push and pops campaigns — read our blog.

And here is the source of high-quality push and pops traffic.