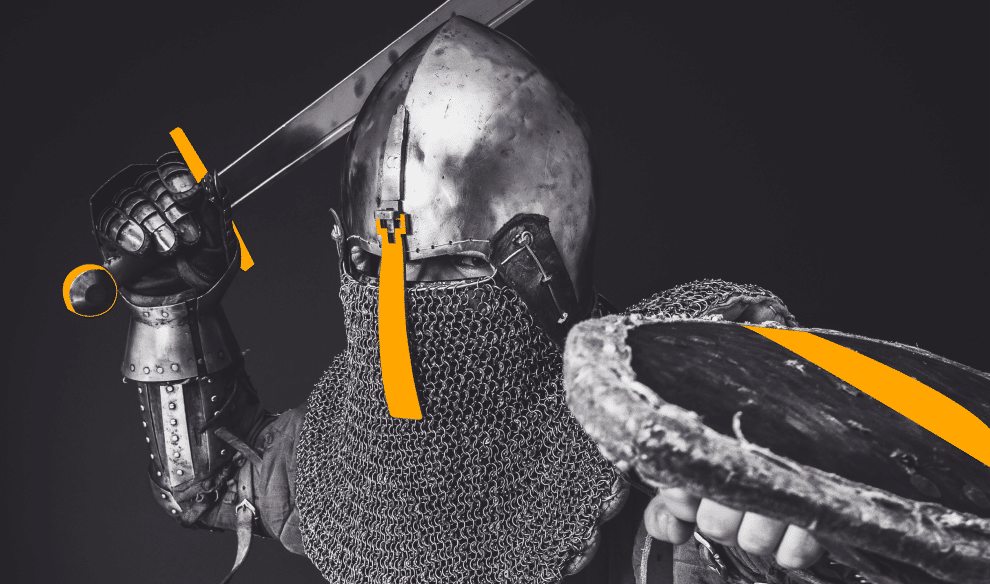 The world is slowly returning to life as we know it, but many people continue to work from home. Employers take care of devices’ protection in the office, but home computers are protected much worse.

It’s time to make money on a competent antiviruses’ promotion via push ads. We have prepared an antiviruses advertising guide for you.

2022 encouraged the growth of the already well-known antivirus vertical. This antivirus advertisement guide will teach you everything valuable for launching an advertising campaign.

Antiviruses in 2022 are no longer just programs for catching trojans. They became multi-layered protection of devices and information that is stored on them.

The main functions of antiviruses today are:

Considering that the number of malware is growing every year, it’s not even worth answering the following question. Do you need antivirus software or not? The answer is clear.

All you need is to bring that to your potential customers. This affiliate marketer’s guide to antiviruses will help you to do it.

The peculiarity of the antivirus vertical is that its offers are popular all year round, so there is no seasonality for them. It covers various devices: there can be offers for mobile and desktop with different OS.

What concerns payments? They range from $1 to $100, or even higher. As a rule, such offers do not restrict the type of traffic. So anyone can choose which offer to try with which payout and how much to spend on traffic to get a positive ROI.

How to choose an offer for antiviruses in affiliate marketing

Before choosing an offer and country, let’s look at the global trends in the antivirus industry.

First, look at the statistics for the countries most often exposed to virus attacks. And these are not the richest countries in the world as you might think.

Mexico, Spain, Italy, Colombia, and China are the top five countries where cyber criminals are most likely to implement viruses successfully.

All countries of the world can be divided into those where the risk of getting malware is higher and lower. This information can be used to choose an offer or place it on a banner/landing page as an evidence base.

China, Turkey, Taiwan, Guatemala, and Ecuador are the most susceptible to viruses. Аnd Russia, by the way, is very close, too – it is in 6th place. These countries are appropriate for running antivirus campaigns.

The most protected from malware countries are Sweden, Norway, Finland, Denmark, and Japan. There is one explanation for this: people there are especially careful about cybersecurity and use antivirus software.

If they are used, then there is a demand for them. But here, the awareness of the population will be higher, so the good old approaches like “Your computer is infected” will most likely not work.

When it comes to the antiviruses vertical, it is not so difficult to find direct advertisers. However, there are many suitable offers in affiliate networks as well.

If you work directly with advertisers, you will certainly win in the size of payments because you do not have to share earnings with intermediaries.

If you work through affiliate programs, payments will be less. But at the same time, you will have a choice of several products for promotion, and the affiliate program will provide you with advertising materials and help from managers.

Otherwise, it’s up to you to decide which option to choose.

Which countries are suitable for running antiviruses with push ads?

At the beginning of 2022, the top countries look like this:
USA,
Brazil,
UK,
Italy,
Brazil,
Japan.

In addition, you can ask our managers for the best geos, since this data is constantly changing. They will suggest relevant bundles and help you launch and optimize your campaign.

Why do we recommend running antiviruses on push notifications?

Why not native ads or social media? The push format is great for antiviruses promotions.

First, the push notification looks like a reminder from the operating system. In this case, it is appropriate to tell the user that his computer may need additional protection.

Secondly, the prices, the cost of push traffic is very democratic. It’s a nice option for a start.

Thirdly, everyone who receives push notifications is a real person who has subscribed to them.

What do antiviruses give to users? Sense of security from potential loss of money or personal information. When it comes to antivirus creatives, you can play on fear and security.

Moreover, the approaches may be different depending on the country. While intimidation works well in India, in developed countries, people are more concerned about their own security and monitor discounts on antiviruses.

Remember that many ad networks don’t allow using knowingly false statements such as “Your phone is infected”. In this case, you can use language that does not state the presence of a virus or problem but indicate its possibility.

For such creatives, use well-known antiviruses for this GEO.

Landing pages for the antivirus vertical

As a rule, popular antiviruses have ready-made, high-quality landing pages. They will come in handy if you launch a funnel version with advertising for a brand and discounts. In this case, you don’t need a pre-landing page at all.

If you choose shocking creatives or creatives with viral threat statistics, you need a pre-landing page. On it, you will need to convince the user to believe in the story you attracted him with, especially if these are options with a personal appeal, an informational article, or a shocking story.

By the way, pre-landers with stories work if you need to tell a scary story about how someone did not install an antivirus and lost a fair amount of private photos.

How to run antiviruses on push notifications

It’s not enough to successfully create different mobile and desktop campaigns to launch antiviruses on push notifications. It would be best if you had more advanced targeting.

The simplest thing is to split campaigns according to operating systems, but you can do even better and make separate campaigns for different device models or manufacturers. In this case, you can use the model name approach on the creative, which will look more credible for the user.

By the way, at RichAds, you can see the top models and manufacturers in specific GEOs and launch in them.

Besides, it would be helpful to test various campaigns on Wi-Fi/3G. It is especially relevant in Tier 2 and 3, where the Internet speed may be slow.

Create a separate campaign for new subscribers. These are the people who just subscribed for push notifications. Chances are they haven’t seen any antiviruses push ads yet, so this audience is more likely to have conversions.

2 impressions and 2 clicks per day is the best option not to overload the user but at the same time, make them think that something is wrong with their device.

As practice shows, later versions of Android (7 and higher) convert better than their old counterparts.

Premium sources are the best in the network. It is optimal to start tests with them. You will immediately see whether there is a result or not.

How to run antiviruses on push ads for iOS and macOS

iOS and macOS audiences are a tidbit for push affiliate marketing. At the same time, everyone knows that regular push notifications were not available for iOS users. But this does not mean that you will not be able to get your piece of the profit from them. Now we’ll tell you how!

This spring, RichAds released a new push traffic format, which, along with in-page push notifications, makes advertising on push notifications possible for iOS users. Calendar push is a new ad format that is not intrusive for users. And you need to use it right now!

The ad appears within the daily schedule. Such an advertising campaign is set up like a regular one. But here in the sources, you need to choose all the available options with a black dot near the four-digit number. A green dot indicates in-page push notifications. And these campaigns are best tested separately.

A nice bonus: you don’t need a picture for a Calendar push creative, so launching a campaign is as fast and simple as possible.

If you look at the graph of the popularity of iOS devices worldwide, you will notice that they are similar to the top countries running antiviruses in RichAds.

Japan, the USA, and the UK are there. Here is the answer in which countries run antiviruses for Mac devices and iPhones.

A kit of antiviruses offers on push notifications

We have made a kit of your most recent and profitable antivirus offers. Find countries and payments for all tastes.

As you can see, running antiviruses is not difficult at all. We hope this guide on the vertical will bring you a steady profit on push notifications.